The origins of the Great Trail Aneto-Posets 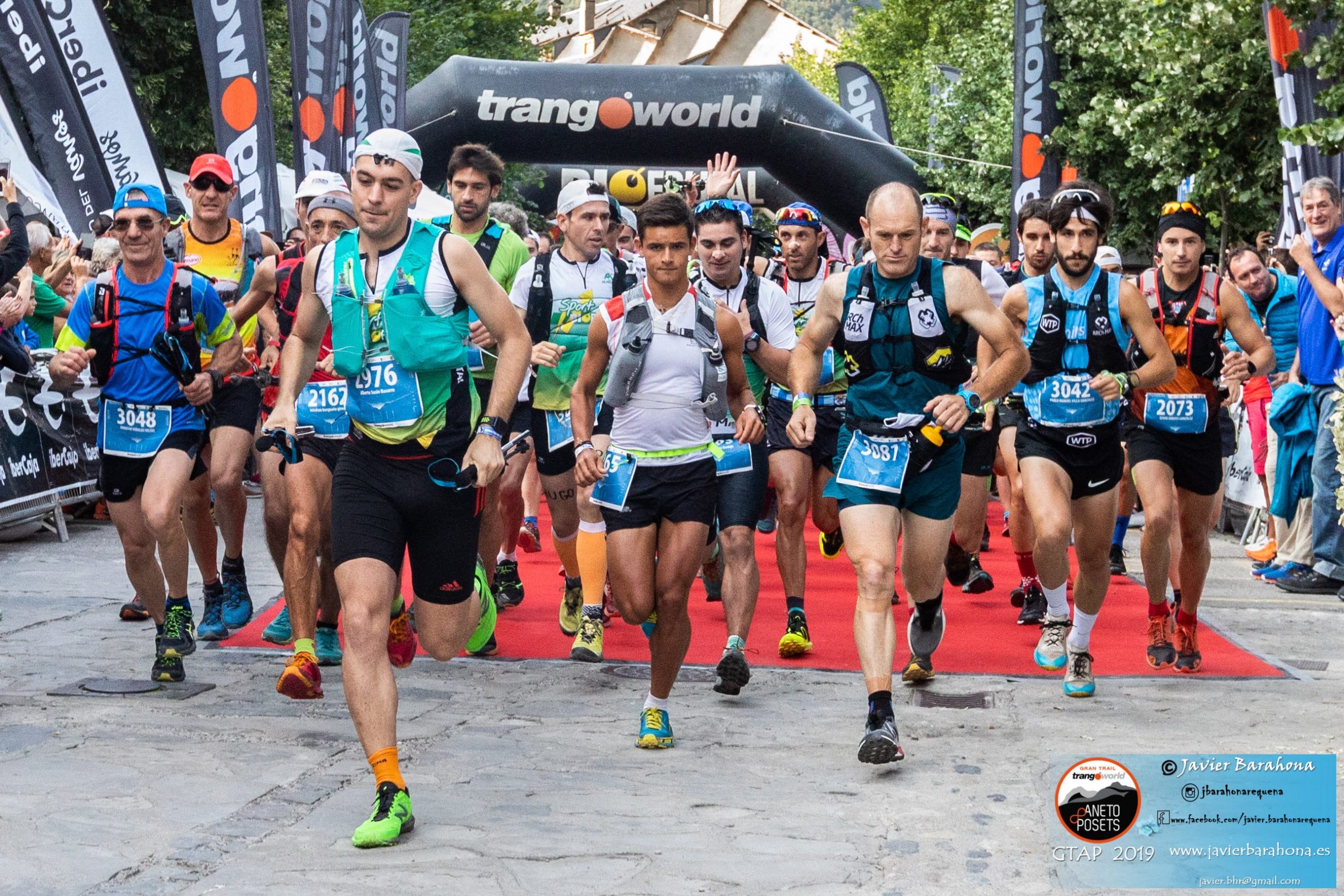 The origins of the Great Trail Aneto-Posets

It all started with the Nike Aneto X-Treme Marathon at the end of the 90s. Three editions were held, from 1997 to 1999, and today, the epic race is considered a turning point in this discipline in Spain. The test was carried out the third week of June and the route consisted of leaving from Benasque (from the Barrabés Ski y Montaña store), reach the peak of Aneto and go back down to the town. No more no less. The distance was 42km and 4,546 meters of accumulated unevenness.

In the 1998 test, Kiko soler he beat Benasque's record against Aneto (round trip) in 3h52min. The winner was the mythical Emma Roca, and it was the only edition in which she climbed up to the very cross, crossing the Muhammad Pass.

Until this same August 24, 2020, the record of ascent and descent to the Aneto from Benasque had not been exceeded. It was the Cantabrian Borja Fernandez, of Team Scott, who stopped the clock in 3h: 43min, climbing to the top of Aneto in 2h18min. In 2017, Marc pinsach he had already made an attempt to beat Kiko Soler's record. He did beat it on the ascent (2h20min), but he did not take the ascent-descent record. The documentary "Aneto, the story of a time”Was born from Marc's record attempt, it portrays the evolution of mountain racing and also reflects on climate change. The descent of Kiko solerMore than 20 years ago, it passed through lands where the snow has now disappeared.

The resurgence of the Aneto trail and its consolidation with No Limit (2008-2012):

In 2008 crystallized the initiative to organize the first Ultra Trail of Aneto by Nil Bohigas (No Limit), the Benasque Valley Tourist Association and Trangoworld, with the collaboration of Cerler, the Posets-Maladeta Natural Park, Benasque City Council and Barrabés. 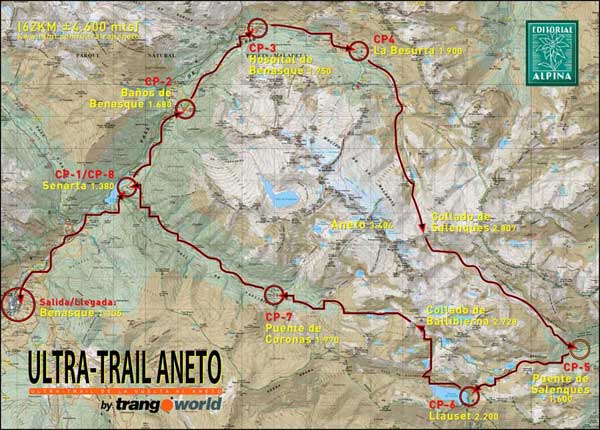 The first Ultra Trail of the Aneto was 62km and 4600m + in self-sufficiency with a route that took place in a 50% above 2000m. It was a wild, authentic edition, and with a great impact on respect for the environment, since it was organized in total self-sufficiency and the routes were not marked. The participants carried their supplies and waste, got their water from the rivers and followed the GR marks.

From 2010 self-sufficiency was maintained and new routes were introduced:

After the 6 editions organized by the company No Limit, the Benasque Valley Tourism and Business Association entrusted the organization of the Aneto Trail to PRAMES (Aragonese Mountain, Climbing and Hiking Projects and Accomplishments) renamed Gran Trail Aneto-Posets. The main sponsorship continued in the hands of the Aragonese mountain brand Trangoworld, which has been giving its name and support to the event for 12 years.

The technical organization was raised from a collaborative perspective of mountain clubs. The technical direction passed to the Peña Guara Mountain Club, with the collaboration of more than ten Aragonese mountain clubs. The popular spirit of the race would be maintained, which had already been consolidated in previous years with the introduction of races for all audiences.

However, all the routes were revised and modified, proposing a loop that crossed the two great massifs of the Pyrenees: the Aneto and the Posets. In its beginnings, the distances would be the Great Aneto-Posets Trail, the Vuelta al Aneto, the Marathon de las Tucas and the Vuelta al Pico Cerler. The two main premises for the design of the new routes would be that they be circular and mountainous routes, avoiding tracks and repetitions and taking advantage of the large and small routes in the environment ...

On the other hand, self-sufficiency was ruled out and provisioning stations and pass controls and toilets were located throughout the route. This is possible thanks to two fundamental pillars that define the essence of the Gran Trail Aneto-Posets: the volunteer work of more than 500 people and the collaboration of FAM Mountain Refuges (Aragonese Mountain Federation).

The first edition of this new stage of the Gran Trail Aneto Posets in 2013 was very complicated and put the entire organization to the test. The immediacy of the change of organization left a margin of just 3 months to get everything ready and it was released with a huge storm and weather conditions that made 2013 an epic edition. Since then, 8 years of success have passed and the test has established itself as the great festival of mountain races in Spain, with thousands of participants, record numbers and a unique event for the Benasque Valley.

Unfortunately, it has to be the Coronavirus of this 2020 that has stopped the boom in mountain racing that we have been experiencing. We hope to continue writing the lines of this exciting history of Aneto and mountain races for many more years and to continue working on the next edition.

A hug to all those who make it possible, one more year, that we can enjoy this wonderful sport in the Posets-Maladeta massif with the immense Aneto as a witness to our challenges. Special thanks to our main sponsors: Trangoworld, Government of Aragon, Provincial Council of Huesca, Benasque City Council, Biofrutal and Spot.

The spirit of the GTTAP lives on.